What happened to the birds and the bats in Gig Harbor? 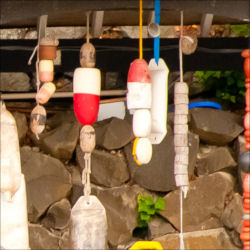 When we moved to our woodsy two and half acre home in Gig Harbor some twenty years ago we were impressed with the wildlife.  May was the most riotous month.  Birds chirped, whistled and screeched like grade school children on a sugar binge every morning for nearly an hour.

Nature’s morning orchestral bird sounds have diminished over twenty years.  They still chirp but the sounds are fewer and the calls more uniform, as if there are only four or five families instead of twenty or so species.

Once in the 90’s while walking around the Gig Harbor shoreline, we saw two dozen or more gray heron high up in the tree tops in that small stand of woods across from the Tides Tavern.

We’ve walked around the Gig Harbor shoreline many times since then and always we search for the herons.  Hopefully, the heron found another location.  But our gaze still seeks the tree tops.

Bats seem fewer too.  We could count on bat sighting in summer early evenings.  Walking down our tree lined street in the pre-twilight we only had to lift our eyes to the sky.  Sometimes not even that, as bats swooped into our field of vision in their chase for insects.

Two or three times I’ve found a bat snuggled into the wood door jamb to my shop.  When the door is opened, they flop to the ground and lay motionless, paralyzed by bright sunshine.  I’ve always donned thick leather gloves and gingerly picked them up to move them to a safe dark location outside and away from my shop.
They are gone the next day.