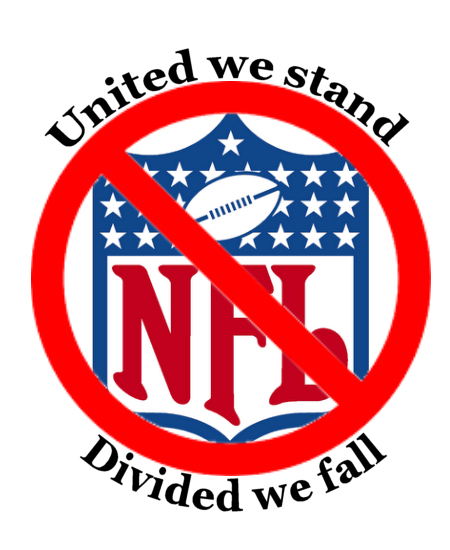 They missed their civics lessons

Their behavior is divisive.  Grandstanding to attract attention, whether it’s the end zone or the side lines, thugs who are good at football need better parenting by their owners.

Their behavior is not noble – it’s not for the good of all – it’s grandstanding under the flag of personal cause.

Their behaviour has contributed nothing but created divisiveness.  Sure, it’s a personal cause, as if bringing further attention to it will change human nature and weed out the bad actors within the police force.

Fixing problems within the thousands of independent police departments is a block-by-block problem.  Neither president nor congress can wave a magic wand or write paper law that will change things – although in the simple mind of a football player it could be so.

Taking-a-knee would be more appropriate to a cause bigger than all, yet common to all of us – such as the victims of 911.

The NFL prohibits players from dancing over and mocking fallen opponents.  Players used to behave in that disgusting manner.  The NFL reacted by prohibiting it.  It’s time the NFL took action regarding the players actions on the side lines.  Either show respect or stay home.