Is it “Freedom of religion” or “Freedom from religion”? 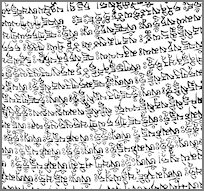 A San Diego war memorial cross built in 1954 to honor US service men and women is under order from a federal judge to be torn down within 90 days for being on public property according to the LA Times.

Congress shall make no law respecting an establishment of religion, or prohibiting the free exercise thereof; or abridging the freedom of speech, or of the press; or the right of the people peaceably to assemble, and to petition the government for a redress of grievances.

A non-Christian war veterans group and the ACLU have argued that having the cross on public property is an unconstitutional endorsement of religion.

Opponents argue that this is a purge of religious freedom and freedom of religious expression.
The Supreme Court has not yet accepted this case.