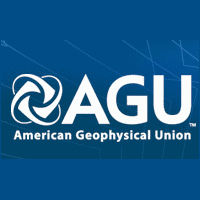 WASHINGTON, DC—Scientists have long suspected that a flourishing of green foliage around the globe, observed since the early 1980s in satellite data, springs at least in part from the increasing concentration of carbon dioxide in Earth’s atmosphere. Now, a study of arid regions around the globe finds that a carbon dioxide “fertilization effect” has, indeed, caused a gradual greening from 1982 to 2010.

Focusing on the southwestern corner of North America, Australia’s outback, the Middle East, and some parts of Africa, Randall Donohue of the Commonwealth Scientific and Industrial Research Organization (CSIRO) in Canberra, Australia and his colleagues developed and applied a mathematical model to predict the extent of the carbon-dioxide (CO2) fertilization effect. They then tested this prediction by studying satellite imagery and teasing out the influence of carbon dioxide on greening from other factors such as precipitation, air temperature, the amount of light, and land-use changes.

The team’s model predicted that foliage would increase by some 5 to 10 percent given the 14 percent increase in atmospheric CO2 concentration during the study period. The satellite data agreed, showing an 11 percent increase in foliage after adjusting the data for precipitation, yielding “strong support for our hypothesis,” the team reports.

“Lots of papers have shown an average increase in vegetation across the globe, and there is a lot of speculation about what’s causing that,” said Donohue of CSIRO’s Land and Water research division, who is lead author of the new study. “Up until this point, they’ve linked the greening to fairly obvious climatic variables, such as a rise in temperature where it is normally cold or a rise in rainfall where it is normally dry. Lots of those papers speculated about the CO2 effect, but it has been very difficult to prove.”

He and his colleagues present their findings in an article that has been accepted for publication inGeophysical Research Letters, a journal of the American Geophysical Union.

The team looked for signs of CO2 fertilization in arid areas, Donohue said, because “satellites are very good at detecting changes in total leaf cover, and it is in warm, dry environments that the CO2 effect is expected to most influence leaf cover.” Leaf cover is the clue, he added, because “a leaf can extract more carbon from the air during photosynthesis, or lose less water to the air during photosynthesis, or both, due to elevated CO2.” That is the CO2 fertilization effect.

But leaf cover in warm, wet places like tropical rainforests is already about as extensive as it can get and is unlikely to increase with higher CO2 concentrations. In warm, dry places, on the other hand, leaf cover is less complete, so plants there will make more leaves if they have enough water to do so. “If elevated CO2 causes the water use of individual leaves to drop, plants will respond by increasing their total numbers of leaves, and this should be measurable from satellite,” Donohue explained.

To tease out the actual CO2 fertilization effect from other environmental factors in these regions, the researchers first averaged the greenness of each location across 3-year periods to account for changes in soil wetness and then grouped that greenness data from the different locations according to their amounts of precipitation. The team then identified the maximum amount of foliage each group could attain for a given precipitation, and tracked variations in maximum foliage over the course of 20 years. This allowed the scientists to remove the influence of precipitation and other climatic variations and recognize the long-term greening trend.

In addition to greening dry regions, the CO2 fertilization effect could switch the types of vegetation that dominate in those regions. “Trees are re-invading grass lands, and this could quite possibly be related to the CO2 effect,” Donohue said. “Long lived woody plants are deep rooted and are likely to benefit more than grasses from an increase in CO2.”

“The effect of higher carbon dioxide levels on plant function is an important process that needs greater consideration,” said Donohue. “Even if nothing else in the climate changes as global CO2 levels rise, we will still see significant environmental changes because of the CO2 fertilization effect.”

This study was funded by CSIRO’s Sustainable Agriculture Flagship, Water for a Healthy Country Flagship, the Australian Research Council and Land & Water Australia.